Georgia is actively participating in the Base Erosion and Profit Shifting (BEPS) project. Together with 70 ministers and other high-level representatives, Georgia signed the Multilateral Convention to Implement Tax Treaty Related Measures to Prevent Base Erosion and Profit Shifting (“Multilateral Instrument” or “MLI”) in June 2017. Within the framework of the MLI, Georgia has initiated a review of its tax treaties, resulting in the modification of 35 out of 54 active treaties under the MLI upon its entry into effect. In addition, a Georgian team has come up with a set of reservations as well as notifications and options regarding its covered tax agreement, which were communicated to the OECD Secretariat.

Further, preferential tax regimes existing in Georgia have been reviewed by the Forum on Harmful Tax Practices (FHTP) against the compliance with the Action 5 minimum standards in 2017. As a result of these reviews, it has been recognised that Georgia’s Free Industrial Zone and Special Trade Company Regimes are out of scope of the minimum standards. Therefore, no further action is required by Georgia. Two other regimes, the International Financial Company and the Virtual Zone Person Regimes, were concluded as “potentially harmful but not actually harmful”. These two regimes will require no further actions to be taken by Georgia, though they are subject to an ongoing yearly monitoring process on their actual harmfulness. In 2018, the FHTP conducted a reassessment of preferential tax regimes existing in Georgia, resulting in similar evaluations as in the year before.

In 2018, the OECD launched a peer review of existing bilateral tax treaties to ensure effective and coordinated implementation of the Action 6 minimum standard. This peer review revealed that a large majority of the BEPS Inclusive Framework members, including Georgia, have made substantial progress towards implementing the minimum standard and are currently in the process of modifying their treaty network by using the MLI.

In November 2018, the Ministry of Finance of Georgia prepared the draft package for the implementation of the Country-by-Country Reporting (CbCR), consisting of the amendments to the primary legislation along with the secondary legislation.

Throughout 2018, Georgia was closely involved in activities of the Forum of Tax Administration Mutual Agreement Procedures (FTA MAP) and participated in the reviews of other jurisdictions. The Ministry of Finance provided the reporting of its mutual agreement procedures statistics pursuant to the agreed reporting framework on April 17 2018.

With a letter from December 2018, the Ministry of Finance was informed by the General Secretariat of the Council that Georgia would retain its status and would not be included in the lists of non-cooperative jurisdictions in 2019.

In 2017, the Georgian Government and the OECD agreed to launch an induction programme to support Georgia in reviewing its domestic legislation and implementing BEPS minimum standards and tools developed by the OECD to facilitate the implementation process thereof.

As part of the OECD Induction Programme, a roadmap for Georgia has been finalised in 2018. The roadmap is a working document that outlines particular areas where technical assistance is required and sets relevant timelines.

Georgia is part of various international groups and activities working towards the development of coherent policy strategies and approaches. Furthermore, Georgia is represented in working groups at the level of the OECD as well as regional communities working in the field of international tax cooperation.

There are no resources available. 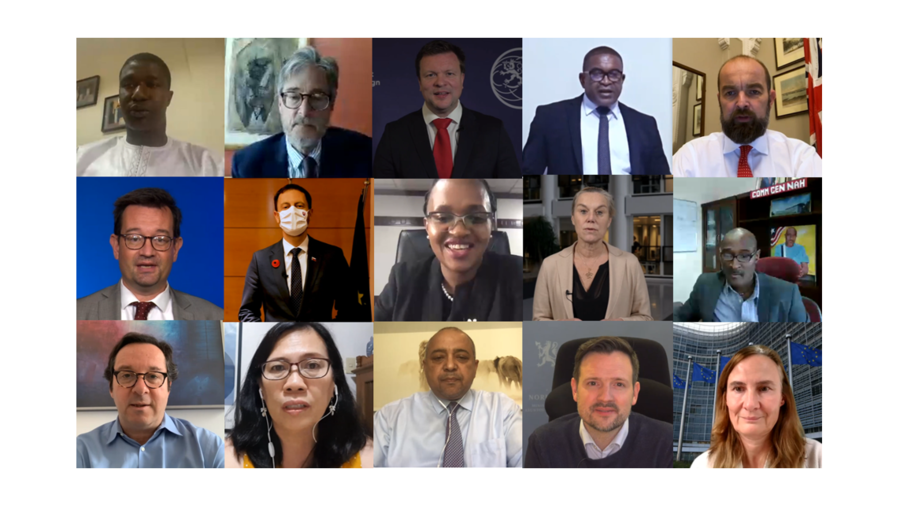 At the 2020 ATI General Assembly, ATI members ignited high-level commitment to the new ATI Declaration 2025, the milestone that will guide the partnership in their efforts to...